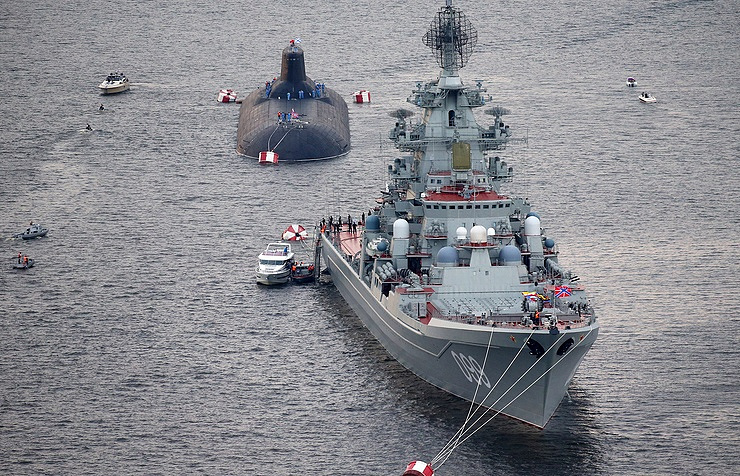 ST. PETERSBURG, July 30. /TASS/. Events to mark the Russian Navy Day, traditionally celebrated on the last Sunday of July, will be held all over the country with the main parade scheduled to take place in Russia’s second largest city of St. Petersburg.

The St. Petersburg parade will be held on the Neva River and in the port of Kronstadt, a municipal town that makes a part of the federal city of Saint Petersburg. Russian deputy Navy commander, Alexander Fedotenkov said the parade will revive the tradition started by Peter I the Great in 1714. Putin to participate in Navy Day celebration in Petersburg

The Russian Defense Ministry said that «for the first time in the entire history of naval parades in St. Petersburg, more than 5,000 sailors from the Baltic, Northern and Black Sea fleets, as well as the Caspian flotilla, will take place in the festivities.»

In total, about 50 ships and submarines will take part in the parade, while more than 40 planes and helicopters of the naval aviation will fly above the city.

Guests of the parade will see the Northern Fleet flagship, the Pyotr Velikiy battlecruiser; the world’s biggest nuclear submarine, the Dmitry Donskoy; and a number of the Russian navy’s newest warships, including the Ivan Gren landing ship, the Admiral Makarov frigate, as well as the Veliky Novgorod and the Vladikavkaz submarines.

China’s Hefei corvette, the Yuncheng frigate and the Luoma Lake support vessel, which took part in the Russian-Chinese exercise Naval Interaction 2017 in the Baltic Sea earlier this week, will also take part in the parade.

On the day of the parade, various naval aviation aircraft will fly above the city, including the Su-33K and the MiG-29K carrier-based fighter aircraft, Su-24M attack aircraft and Su-30SM multirole fighter aircraft, MiG-31BM interceptor aircraft, Il-38 and Tu-124M anti-submarine warfare and maritime patrol aircraft and other planes. The air show will also feature the Ka-52K Katran ship-based reconnaissance and combat helicopters, Ka-27 and Ka-29 anti-submarine warfare helicopters, as well as Mi-8 and Mi-24VP helicopters.