On December 29, Russia’s Central Election Commission (CEC) registered the unchallenged leader of the Liberal-Democratic Party (LDPR), Vladimir Zhirinovsky, as a presidential candidate. Zhirinovsky, who is going to run for president for the sixth time, is the first officially registered participant in the election race.

In his first interview as a presidential candidate, Zhirinovsky tells TASS why he decided to toss his hat into the ring for the presidency once again, what sort of program he planned to offer voters and what will be his first steps, if elected president.

– Vladimir Volfovich, you have decided to run for Russian president for the sixth time. What have you got to offer this time around?

– Unlike the left, we do not trot out any far-fetched or unachievable promises. Our program is straightforward and clear – there should not be any homeless, unemployed or hungry. This is the minimal goal, while the maximum goal is to make a major leap forward.

We want to unite some regions, so that there are 30 governorates with a population of about five million people each instead of 85 regions. These governorates should not be based on ethnic principles, but smaller regions should join their large neighbors. At the same time, new borders should be drawn only in accordance with the administrative division, there should be no ethnic-based regions. 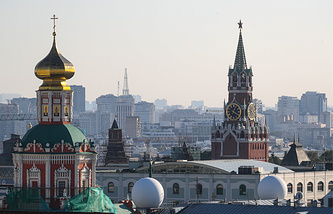 Now on foreign policy, we are happy to see that some of our concepts are being implemented.  Sochi has already hosted a meeting between the presidents of three countries – Russia, Turkey and Iran, while Syria and Iraq will join the group in the future. This is our plan that we presented to the three presidents last year, we have held meetings with many of them. In short, our principle is that we should look more to the south. We cannot achieve big successes in the west.

We are interested in our neighboring areas, the former Soviet republics, and we hope that in the future, some of these territories will hold referendums to return voluntarily. Russians will be protected everywhere, the Russian language, Russian schools and Russian culture will dominate the Russian World. Particularly on the former Soviet territories, particularly where our neighbors are.

An unhealthy diet is of the most serious issues that Russia is facing. More than 30% of the population is prone to obesity. There is a need to take tough measures against poor-quality food available on store shelves and ensure strict quality control. Drugstores that are proven to carry substandard medicines should be closed down. There is also a need to counter the spread of fake vodka. Thousands of people get poisoned every year. We suggest that several state stores be set up, where cheap but good-quality vodka will be available. All other spirits will be sold at market prices, as manufacturers decide.

We also plan to crack down drastically on crime.

On the education front, the time has come to give up on the Unified State Exam, all those willing should be admitted to universities, but all the lazy ones will drop out after exams during their freshman year.

– We still have a one-and-a-half party system.There is one giant party that wins all the elections, and whose members occupy practically all of the executive positions. The opposition never came to power peacefully in our history.

This is why it is high time to provide more opportunities to parties so they can develop. If there is constant turnover in teams, then we will develop faster, a competition of ideas will begin.

More specifically, we propose reviving the practice of holding elections only based on party lists. A party is always responsible for its candidates, while candidates in one-seat constituencies don’t have to answer to anyone. Experience shows that all the so-called independent candidates very quickly join the ruling faction.

At any rate, it is necessary to abandon the rule stipulating that the number of votes received by a party and its candidates in one-seat constituencies are cumulative. For instance, United Russia garnered 54% of the vote in the last election but got 76% of the seats in the Duma, which is 20% more! Germany also has a mixed election system, there also are one-seat constituencies and party lists, but party lists prevail. If a party garners 54% of the vote, it cannot get more seats. The added share includes, first and foremost, those party members who win elections in one-seat constituencies, and if there are any seats left, then candidates from the list are added.

– What are the basic points of your economic platform?

– First of all, it is necessary to reduce the economy’s dependence on crude oil sales. Instead, it is high time to develop the domestic manufacturing industry and export products made of raw materials.

The nationalized production of alcohol, tobacco and sugar can yield up to 30 percent of the budget’s revenues annually. 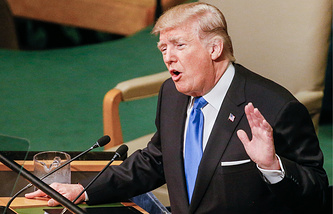 Russia should withdraw its gold and foreign currency reserves from US Treasuries.

It is necessary to ensure the accelerated development of roads. We have a vast territory and the possibility to move people and goods quickly across it is a guarantee for the economy’s success. Trains should move at a speed of 400km/h similar to what has long been in place in China and Japan.

Business cannot develop at current lending rates and money for development is unavailable. It is time to cut the real rate to 5 percent.

A trillion of US dollars taken by oligarchs and businessmen out of Russia stays abroad. It is necessary to return this money but we won’t be able to do this until we carry out full-fledged economic amnesty and guarantee the secrecy of deposits at least at one state-run bank. We can endlessly talk about how this capital was earned, but the most important thing is to return this money to Russia and make it work for our country.

– Since 2014, Russia has been facing unprecedented pressure on the international stage, which has only been growing in politics and even in sports. What additional measures, do you think, need to be taken to counter sanctions?

– Sanctions have always been used against us. There were restrictions in the time of the Tsars, as well as in the Soviet era, as there are now. Many countries successfully develop for decades despite such restrictions.

But there is also a need to provide our citizens with an opportunity to earn money in the country. Reduce the price of lending, make renting premises easier, and relax checks on businesses. We have everything imported nowadays, even clothes, while we need to produce our own. In that case, no sanctions will cause us any serious damage.

– What course should Russia adopt concerning interaction with the West? Do you think that the world will recognize Crimea’s reunification with Russia? When could that happen and what will it take?

– LDPR took a position on this issue many years ago. I went to address PACE and members of other European parties trembled, but overall, our delegation consisted of very soft and mild people so no one was afraid of us there or considered our opinion. I have been under sanctions since the early 1990s and no one stood up for me. [Vladimir] Lukin, who headed our delegation, did not ever utter a word about it, he must have thought it did not matter since only Zhirinovsky was sanctioned. And now, look what happened, our entire delegation was deprived of the right to vote, but nevertheless, we continued to make our payments for half a year after that, we just stopped paying a short while ago.

It turns out that we have only been responding to attacks, when we should be preventing them and conducting preemptive strikes.

They will recognize Crimea sooner or later because it is a part of Russia historically and 95% of the Crimeans dreamed of reuniting with Russia. It was impossible to ignore that.

– Let us get back to the elections. Whom do you see as your main rival?

– Only the Kremlin’s candidate can be taken seriously since the entire state machine and the authority are behind him, as well as the left’s candidate, because there are still people who are nostalgic for the Soviet Union and vote for leftist candidates out of habit. Everything you need to know about presidential election in Russia

But unlike those candidates, LDPR is currently on the rise. We have never been in power, so no one can blame us for any mistakes, because we are a new party that was never connected with the Communist Party of the Soviet Union.

Many of our predictions have turned out to be true, which particularly concerned Crimea, the Middle East, including Syria, Turkey and Iran, and relations with the United States, as well as many domestic issues, particularly the fight against oligarchs. Back in 1995, I wrote a book on that, The Last Train to the North.

Other candidates, if they ever get registered, will show results within the margin of error. For it will not be a regional election in Moscow, but all of Russia will go to the polls, and to be registered they[independent candidates – TASS] only need to collect 300,000 voter signatures, whereas the signatures should be gathered in at least half of the country’s regions.

– If you are elected president of Russia, what will your first decree be?

– There is a need to adopt a law protecting the Russian language and cancel the anti-Russian, politically motivated Article 282 of the Russian Criminal Code [Hate-mongering and Violation of Human Dignity – TASS].

A general amnesty needs to be declared, while the Criminal Code should be humanized. As many as 650,000 people are serving out their sentences in prisons, and many of them were convicted for minor offences that could be punished with non-custodial sentences. Only murderers, drug dealers, major thieves and frauds must remain behind bars.