All countries with a high level of scientific potential «are actively developing hypersonic weapons,» Putin said, adding that «Russia already possesses such weapons» 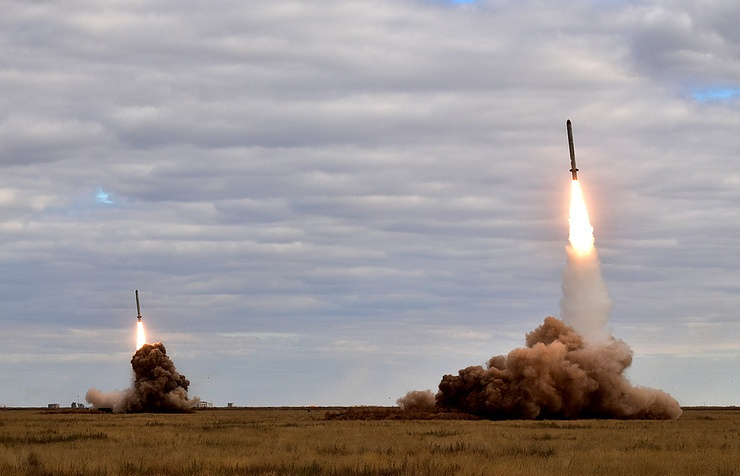 All countries with a high level of scientific potential «are actively developing hypersonic weapons,» Putin said in his State of the Nation Address to the Federal Assembly.

Hypersonic weapon development more effective in Russia than in US, expert notes

Russia to roll out hypersonic drones in 2020s

«We can say with full grounds: Russia has created modern Armed Forces, which are compact and hi-tech troops for this huge territory, with the officer corps as its heart, where every officer is ready for any sacrifice for its nation,» he said.

Putin noted that such unfriendly steps against Russia as deploying the missile defense system, bringing NATO’s infrastructure close to Russia’s borders had become ineffective from a military perspective and unreasonably costly from the financial point of view. «All that ultimately (becomes) just pointless for those who initiate and do that,» he concluded.

The president stressed every system, presented during the address, is unique and important. «Even more important is the fact that they all together allow the Defense Ministry and the General Staff create the perspective complex system of the country’s defense, where every modern instrument is playing its role,» Putin said.

Russian designers and scientists, who have been working for years to create Russia’s newest strategic weapons, are true Heroes of Our Time, the president said.

«On it – quietly, humbly, without any self-admiration, with full sacrifice – have been working thousands, literally thousands of our specialists – outstanding scientists, designers, engineers, talented committed workers,» he said.

«Many of them are young people,» he continued. «They all, like our military, who demonstrate in combat missions the best qualities of the Russian Armed Forces, are the very Heroes of Our Time.».

«It is a well-known fact that unmanned weapon systems are designed and produced around the globe,» Putin said. «I can say that Russia has designed unmanned submersible vehicles capable of operating at extreme depths.»

«I would say that it is capable of operating at very extreme depths covering intercontinental distances at the speed, which greatly exceeds the speed of all submarines, up-to-date torpedoes and all types of high-speed surface ships,» the Russian president added.

Hypersonic weapon development more effective in Russia than in US, expert notes

Russia to roll out hypersonic drones in 2020s

«We are well aware of the fact that some counties have been working on new weapons based on new physical principles,» he said. «We have reasons to believe here we are one step ahead of them. At least, where it is needed most.»

«For example, we have great results in creating laser weapons, and we are speaking not about theories or projects, nor about beginning production,» he continued. «First laser systems have been supplied to the Armed Forces since last year.»

«I would not want to go into details here – it is not the time yet, but specialists would understands that having such military systems multiplies Russia’s abilities in the defense sphere,» Putin said.

«Advanced military development is always based on outstanding achievements that must and will in due time be used in the civil high-tech industry,» he said. «These unique and complex weapons can only be successfully designed and produced by the state as it requires high-level fundamental science and education, a strong research base, technologies, industrial capacity and human resources,» Putin noted.

«You can see that Russia has all these resources. We will continue to build up and accumulate these capabilities in order to achieve large-scale goals that our country is facing in the economic and social fields,» he said. «Russia’s long-term sustainable development will always be reliably protected,» Putin added.

«Each and every one of the new weapons systems is unique and important, but what is more important is that all this together provides experts from the Defense Ministry and the General Staff with an opportunity to create an advanced comprehensive national defense system, in which every newest military tool will have its place,» the head of state said. «Along with operational strategic weapons, which we have been continuously improving, Russia is getting a defense system that will ensure its security in the long term,» Putin concluded.