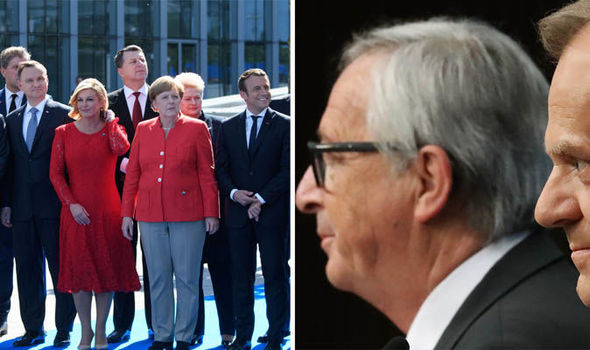 The vice president of the EU Commission Jyrki Katainen said Europe can compromise on many things, including Brexit, but not on the «more worrying» threats to the rule of law and media freedom in a swipe at Poland.He said: “Values should not be a nice thing just for anniversaries. I sincerely ask you for your help to openly and loudly stand up for the values of the EU.

The Commissioner underlined that «there will be a compromise with the UK at the end of the day» on leaving the bloc – «but we can not compromise on the rule of law.”

The Finnish Commissioner, responsible for employment, growth and investment, called on the public in his speech at an economic meeting to work more energetically for «European values».

Mr Katainen argued that the erosion of the rule of law was «more worrying» than Brexit because of the danger that this erosion of politicians and society as a whole would become «mainstream and at least partially accepted».And when asked if he thought that Poland posed a greater threat to Europe than Brexit, the former Finnish Prime Minister simply replied that there were «some signs» of undermining the rule of law in countries other than Poland.

Polish government officials expressed their disappointment after the conference that the Commission’s support for the private sector was not more robust.

But added that they were confident that the situation would improve this year.

The vice president’s comments come as Poland’s ruling Law and Justice party (PiS) is under fire for introducing policies that critics say undermines democracy in the ex-communist country and are in direct breach of EU rules.Warsaw is also at odds with the Commission over issues ranging from the conservation of an ancient forest to migration

Mr Katainen also expressed his concerns about the freedom of the press and the protection of journalists.

A few days earlier, a Slovak reporter, who was looking into his government’s relationship with the Italian mafia had been murdered.

Mr Katainen said: “These events worry me. We should not lose basic EU values; they are the foundation of the community.”BusinessEurope CEO Markus J. Beyrer also highlighted the importance of upholding the rule of law, including the business climate during the panel discussion.

Mr Katainen called «preserving our core values» one of the challenges that the public and private sectors should tackle together.

He added that the defence of «open, fair and rule-based trade» in «incorporating technological change while circularising our economy» was also important.

Adding that Europe was «very attractive» because of its stringent regulation.