US introduces sanctions against 38 Russians and 15 entities 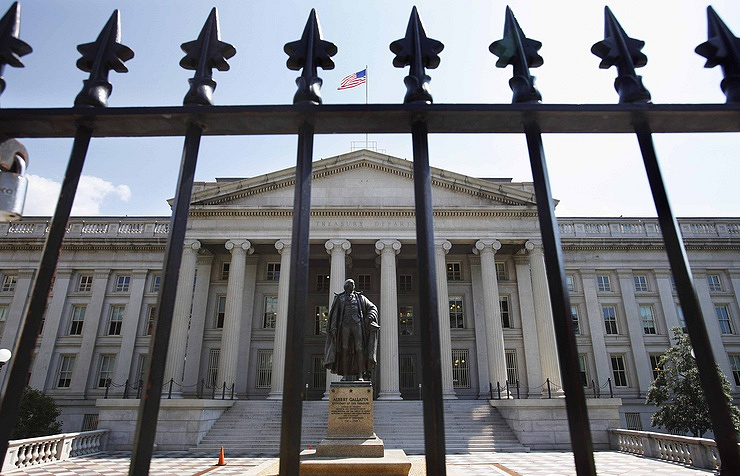 WASHINGTON, April 6. /TASS/. US Treasury has introduced sanctions against 38 Russians and 15 entities.

Ruble did not react to expansion of US sanctions lists

US extends sanctions against Russia

US vows to continue sanctions pressure on Russia over Crimea

Restrictions will affect Russian businessmen Alexei Miller, Viktor Vekselberg, Andrei Kostin, Suleiman Kerimov, and Oleg Deripaska. Such information has been posted on the website of the US Treasury Department on Friday.

New sanctions were imposed on Russia in response to its «malign activities across the world,» a senior administration official told reporters at a special briefing.

«This set of designations is not in response to any single event or issue. Rather, the United States is taking these actions in response to the totality of the Russian government’s ongoing and increasingly brazen pattern of malign activity across the world,» the official said, adding that it included Russia’s «occupation of Crimea, instigation of violence in eastern Ukraine, support for the Assad regime in Syria by supplying material and weaponry, and ongoing malicious cyber activities.»