MOSCOW, May 4. /TASS/. Russian female biathlete Ekaterina Glazyrina has been found guilty of violating anti-doping rules and suspended for two years, the International Biathlon Union (IBU) said in a statement released on Friday. 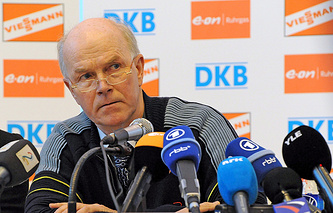 The IBU Anti-Doping Hearing Panel headed by German Professor of Law Christoph Vedder held a hearing on biathlete Glazyrina on October 16, 2017 to examine all available facts and evidence. As a result, the biathlete was found guilty of an anti-doping rule violation for «use» of a prohibited substance, according to Article 2.2 of the IBU Anti-Doping Rules.

Glazyrina is ineligible to compete for a period of 2 years from the date of this decision, April 24, 2018, «with the period of the provisional suspension already served credited,» the statement said.

All the competitive results obtained by Glazyrina in the competitions, in which she participated from December 19, 2013 through February 10, 2017 «are disqualified with all resulting consequences for medals, points and prizes,» according to the IBU’s statement.

The athlete has 21 days to appeal before the Court of Arbitration for Sport (CAS).

On February 10, 2017, Glazyrina was slapped with the provisional suspension based on the Part Two report prepared by the Independent Commission of the World Anti-Doping Agency (WADA) and delivered in London in December 2016 by the WADA Independent Commission’s chairman, Canadian sports law professor Richard McLaren.

According to the report, more than 1,000 Russian athletes competing in summer, winter and Paralympic sports could have been involved in an alleged manipulation scheme to conceal positive doping tests.

Part Two of McLaren’s report claimed in particular that doping samples of 12 Russian medalists of the 2014 Winter Games in Sochi had been tampered with.