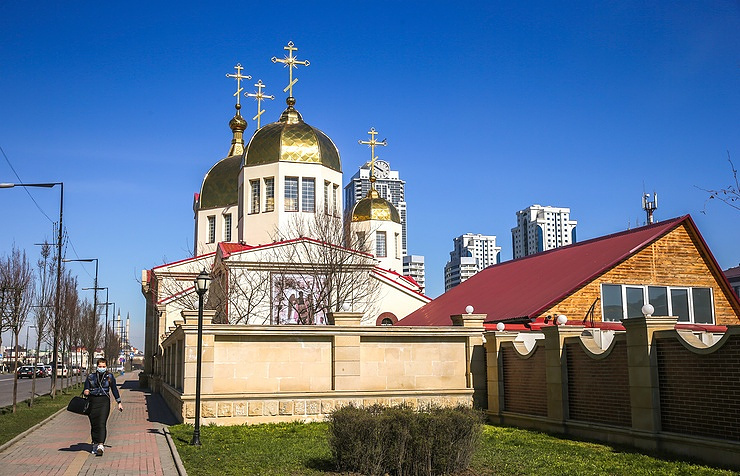 GROZNY, May 19. /TASS/. Four militants who tried to capture church-goers in Grozny at St. Michael the Archangel’s Church have been eliminated, Chechnya’s head Ramzan Kadyrov told reporters on Saturday.

«The militants entered St. Michael the Archangel’s Church, targeting to capture churchgoers,» he said. «All four militants were eliminated in the held special operation.»

A policeman succumbed to injuries, and one churchgoer was severely injured, Kadyrov said.

«According to the latest information, the militants received the order from a Western country,» he noted.

Kadyrov said that he immediately arrived at the scene of the accident, where he «directly controlled the special operation, which took just a few minutes.» «Measures are being taken to identify the eliminated militants, and the accident site was cordoned off by law enforcement officers,» Kadyrov said.

A Chechen law enforcement source told TASS that one churchgoer was killed and one injured in the attack.

«One churchgoer was killed in Grozny, and one has been injured,» the source said.

A local medical source told TASS that «the injured churchgoer is staying in an intensive care unit.»

The cordon around the church was lifted, TASS reported from the scene.

St. Michael the Archangel’s Church is the only Orthodox church in Grozny. It was founded in the late 19th century in the city center. It is a popular tourist site surrounded by shopping malls and cafes.