Russian pilot Konstantin Yaroshenko is serving a 20-year sentence in in the Federal Correctional Institution in Danbury, Connecticut MOSCOW, August 10. /TASS/. The wife and daughter of Russian pilot Konstantin Yaroshenko who is serving a 20-year sentence in in the Federal Correctional Institution in Danbury, Connecticut, will arrive in the US on August 20, Yaroshenko’s wife Viktoria informed Izvestia. 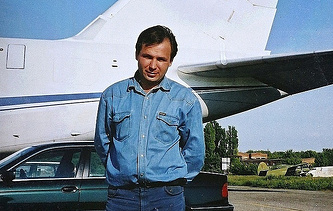 «Together with my daughter, we are arriving in the US on August 20 and plan to stay there until mid-September. We will be staying in New York. The distance from the place we will live in to the Danbury prison is about 100 kilometers. We will be able to meet with Konstaintin four times a week for two hours,» she told the paper.

She also thanked Russian diplomats for their help.

Yaroshenko’s family residing in Rostov-on-Don has not seen him for about seven years. His wife and daughter were ready to fly to the US in late July but had to postpone the trip. Viktoria Yaroshenko told TASS in early August that the Russian national’s family would not be able to visit him until the end of this summer.

Yaroshenko was arrested in Liberia in May 2010 and was later clandestinely brought to the United States. In September 2011, he was found guilty of conspiring to smuggle a major cocaine shipment into the US and sentenced to 20 years behind bars. However, the Russian citizen pleaded not guilty, saying that his arrest was a setup and the case was fabricated.

Yaroshenko had been serving out his sentence at the Fort Dix Federal Correctional Institution, but in mid-June he was first transferred to a transit prison in Brooklyn, New York, and then to the Danbury prison, which holds more than 1,400 inmates.

Russian officials and the pilot’s family have persistently requested that Washington extradite him to Russia.