MOSCOW, September 21. /TASS/. The reinstatement of the Russian Anti-Doping Agency (RUSADA) will make it possible for Russia to fight for the right to host the stages of the Short Track Speed Skating World Cup the next year, said head of the Russian Skating Union Alexei Kravtsov.

The Executive Committee of the World Anti-Doping Agency (WADA) decided to recognize RUSADA as compliant to the WADA code at its session that was held on Thursday in the Seychelles. 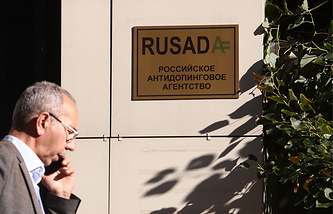 «Of course, it [the reinstatement of RUSADA] is a very important event. It will make it possible for us to claim the right to hold international competitions, which is very important. The World Cup and the European Championships are already scheduled, but we still can apply for the stages of the Short Track Speed Skating World Cup,» Kravtsov said.